Seven The Series: Meet the Authors 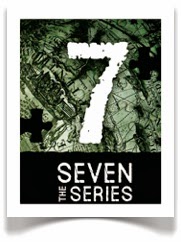 With Seven The Series, published October 2012, soon to be followed by Seven The Sequels (October 2014), Orca Book Publishers have just released a video of all the authors involved in both series.

Seven the Series tells the stories of the seven grandsons of adventurer David McLean upon his death.  The seven teenagers–D.J., Steve, Spencer, Bunny (a.k.a. Bernard), Rennie, Jim (a.k.a. Webb) and Adam–are sent on different missions by their grandfather, as relayed in packages presented to each by their grandfather's lawyer.

The series, the brainchild of author Eric Walters, includes the following seven books, written by seven of Canada's best writers of children's fiction:

Seven (The Series): Meet the Authors